The room was named "the Gladiator Room" because of the presence of the famous sculpture – of an athlete or a fighting warrior with his left arm extended in an attack position – by Agasias of Ephesus  from the second century B.C.E., which was found at the beinning of the seventeenth century near Rome and taken to Paris in 1808. The theme of the celebration of physical strength and courage linked to the ancient masterpiece prompted the decor and furnishing of the room, to which was added an abundant complement of statues and bas-reliefs, columns and pilasters of coral breccia with the heraldic emblems of the Borghese family: the eagle and the dragon. Linked to the same theme are the two paintings by Jean Baptiste Tierce (1737-1794), executed in 1782-83, which depict the reckless feats of two athletes, Polydamas of Skotoussa and Milo of Croton, recounted by Pausanias (book VI, chapters V and XIV), who were victorious in the games at Olympia, but victims of their own strength.

The painting on the ceiling was entrusted to the French artist Laurent Pécheux (1729-1821), who painted the Council of the Gods, dated between 1777 and 1783, portraying Jupiter among the gods in favor of and opposed to the Trojan War. The decoration continues in the ornaments with trophies and arms by Giovan Battista Marchetti (1730-1800) and in the stucco bas-reliefs, in which Dancing Korbants  with helmet and shield appear, conceived by Vincenzo Pacetti (1758-1826) and executed by Costantino Mazzoni (active in the second half of the eighteenth century).

In 1888, the Gladiator was replaced in the centre of the room by the marble group with Aeneas and Anchises by Gian Lorenzo Bernini (1598-1680), which the artist executed between 1618 and 1620 in collaboration with his father, Pietro (1562-1629). Fleeing from burning Troy, the hero is carrying his old father on his shoulders with the guardian Lares, followed by his son, Ascanius. Also by Bernini in this room is the Truth Revealed by Time, an allegorical work executed around 1647-48 – a particularly difficult time of his life – which was also to portray the figure of Tme, but was unfinished at the artist’s death (1680).. 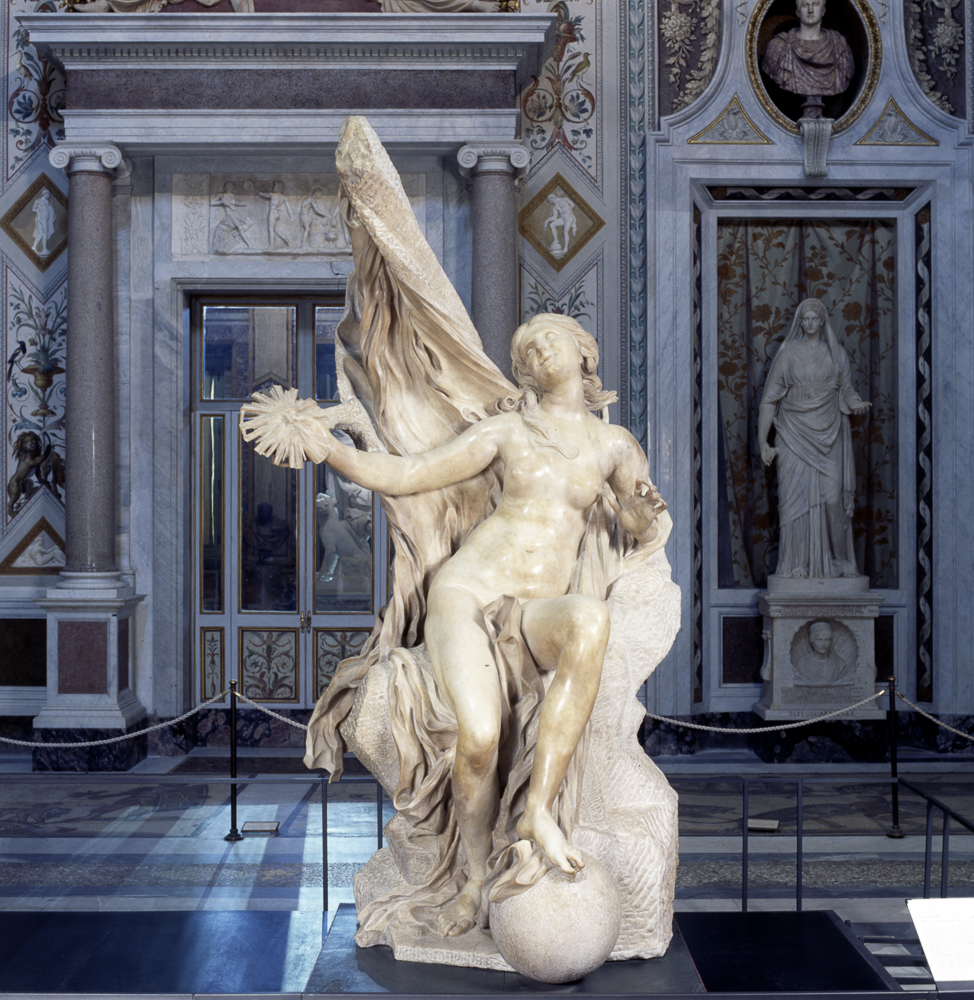