From 14 June to 18 September 2022 the Galleria Borghese will present Titian: Dialogues of Nature and Love, curated by Maria Giovanna Sarti, an exhibition-dossier celebrating the loan of Nymph and Shepherd – an autograph work executed by the Venetian master around 1565 – granted by the Kunsthistorisches Museum of Vienna as part of  a programme of cultural exchange between the two institutions.

The encounter between the work from Vienna and Titian’s paintings in the Galleria provides an opportunity to link the works around several constant themes in the painter’s production: Nature, understood as landscape, but also as a place of human action; Love in its diverse forms – divine, natural, matrimonial; and  Time, which marks and regulates the human life cycle, assimilating it into the harmony of the universe.

Nature and Love are bound by a harmonious relationship, part of the life cycle, to which alludes the amorous and musical allegory of Nymph and Shepherd, one of the master’s last works, considered by some the summa of his artistic aspirations.

The exhibition finds its natural setting in room XX, on the second floor of the museum, where paintings by Titian and other artists of the Venetian school are already on display. The current arrangement of Sacred and Profane Love and Venus Blindfolding Cupid – placed facing one another – suggests displaying Nymph and Shepherd on the other axis, facing The Three Ages of Man on the opposite wall, which is the replica by Sassoferrato, who during the 17th century copied  – in all probability for the Borghese family itself – one of Titian’s painting that was present in Rome.  Nymph and Shepherd is the perfect pendant to the painting on the opposite wall, it also being a reflection – but at the end of the old painter’s life – on the passing of time, which devours everything.

Almost as if commenting on the themes and style of this intense dialogue are the Adam and Eve by Marco Basaiti, two pseudo-Giorgionesque singers, and two other Titians, the Flagellation of Christ and the St Dominic, which are chronologically near the painter’s later works displayed in the room. The exhibition is completed by the problematic painting  – formerly thought to be a prototype by  Veronese, but currently considered a late derivation from a lost Titianesque model – portraying Venus, Cupid, and a Satyr, displayed as a comment on Venus Blindfolding Cupid.

The exhibition will be accompanied by a catalogue published by Art’em, with a preface by the Director of the Galleria Borghese, Francesca Cappelletti, and texts by the curator, Maria Giovanna Sarti. Also scheduled for publication on this occasion is the first volume of the Galleria series (De Luca editore) – monographic, in-depth studies of themes and works of the Borghese collection – dedicated to Titian, and in particular the painting Venus Blindfolding Cupid and the works of his last years, on which diagnostic investigations have recently been carried out, whose results will be presented for the first time. 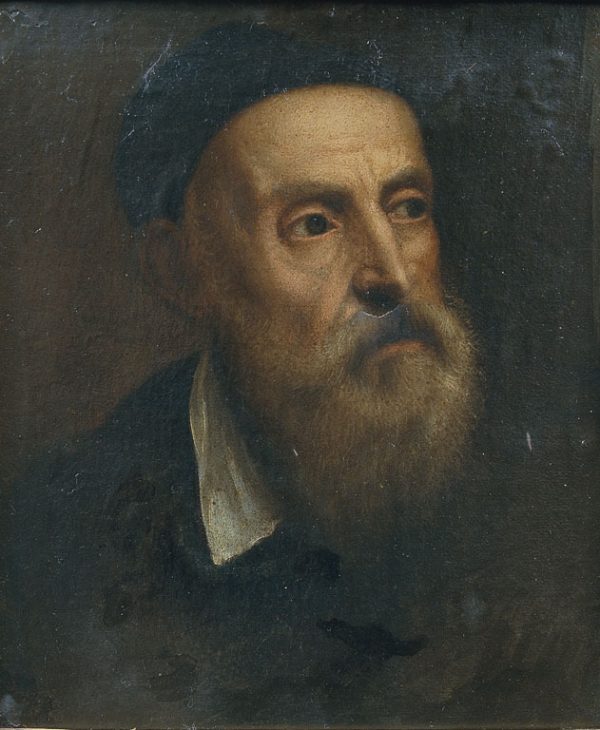 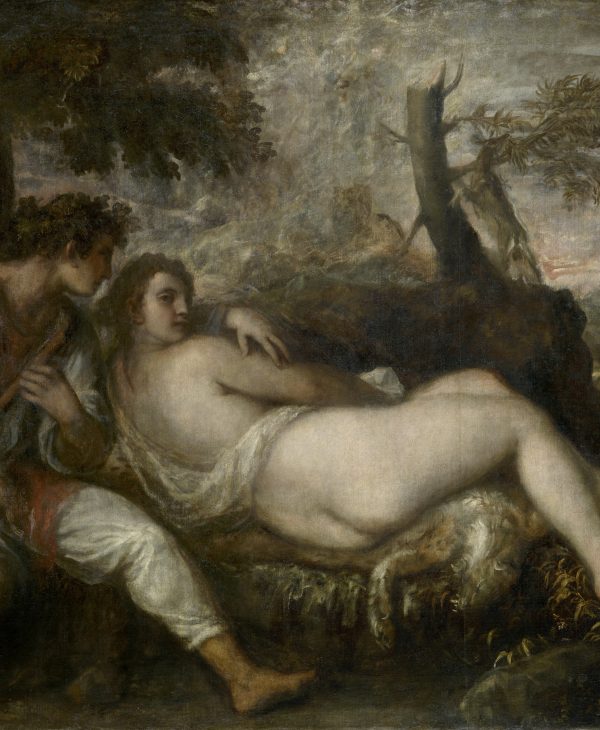 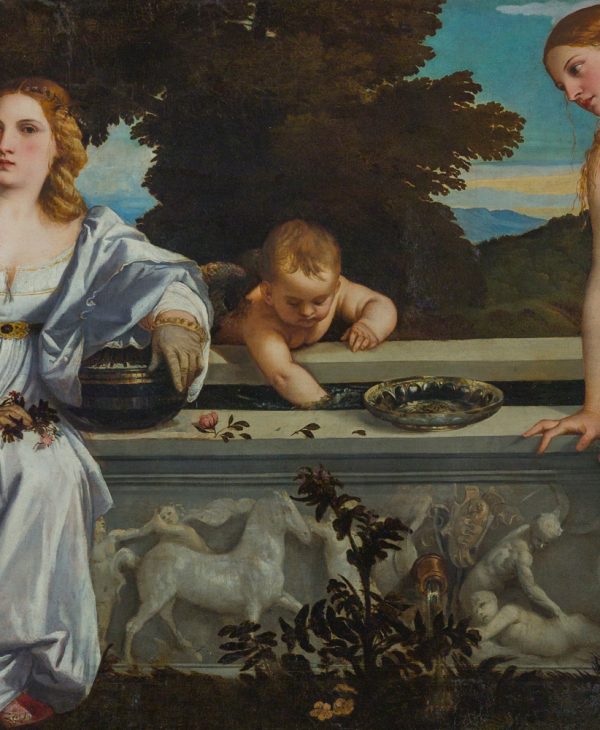 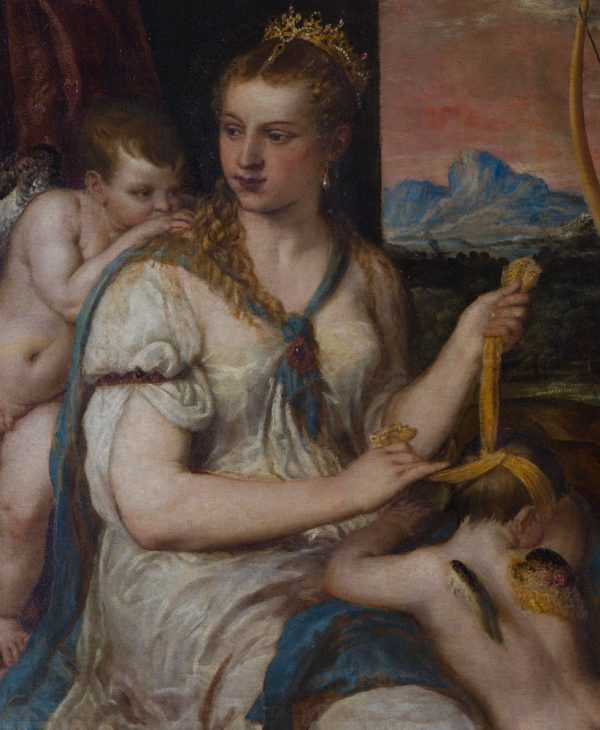 The Three Ages of Man, from Titian 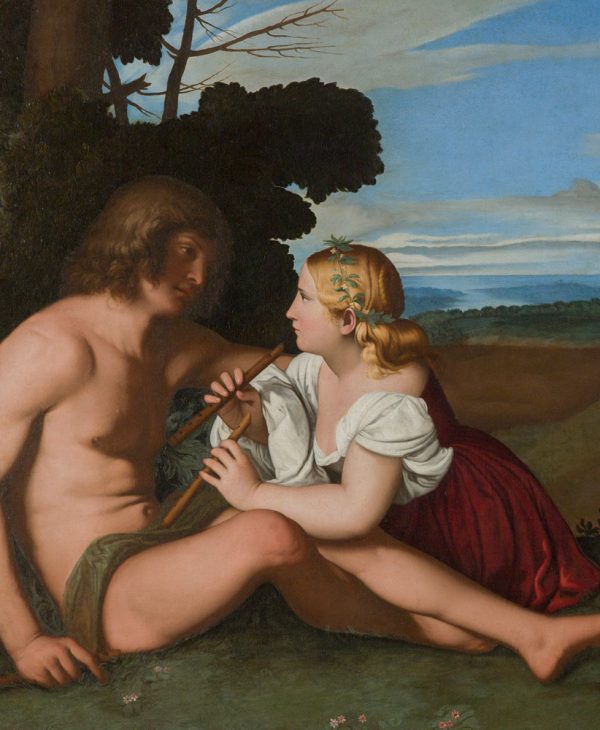